Canoeing world champion Caitlin Ryan is up the creek without a boat. 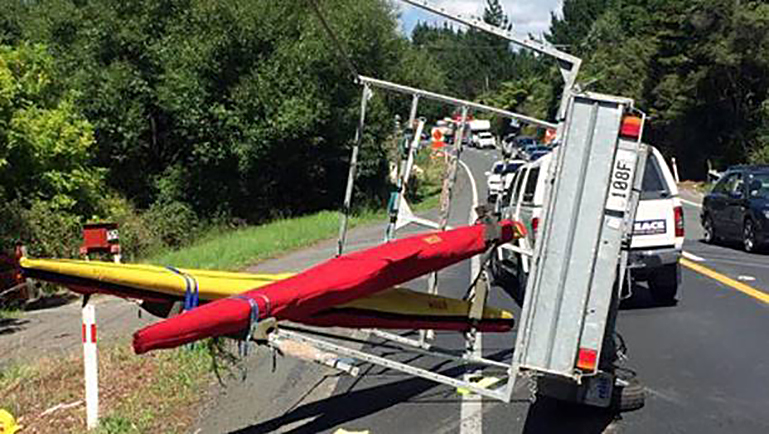 Following "a run of bad luck", the athlete has found herself approaching race season without a canoe to race in.

Her problems began in early February, when her custom-built K1 boat arrived from Portugal.

After nine months of waiting for the boat to be built and shipped to New Zealand, its exciting arrival was bittersweet, as it had been damaged during freight.

On February 16, after it was all patched up and ready to race, disaster struck.

Ryan's coach was towing the boat home when a driver crossed the centreline and crashed into the trailer.

While Ryan's coach escaped injury, her boat did not.

"It's completely written off - it will be unable to be fixed to a race standard," Ryan said.

"I'm so gutted, it was the one boat that I really loved."

A short love, however, as Ryan only got the chance to try her boat once.

With racing season around the corner, Ryan is trying to move forward and get herself back on the water as soon as possible - but it won't be cheap.

Insurance is still up in the air "with the high potential of none to minimal payout", and Ryan - in order to be able to race - is prepared to foot the bill herself.

She has ordered a new boat from Portugal, with the intention of paying it off at a later date, but fast freight will set her back an additional $2500, making for an expensive exercise.

With a big plans for 2018, it's a set back Ryan doesn't need, and she is hoping to find a business who may be interested in sponsoring her new boat, with the option of business branding.

"It would mean a lot, as it means I can focus on racing for the season and prepare for a year in which I have huge goals of multiple world titles," she said.